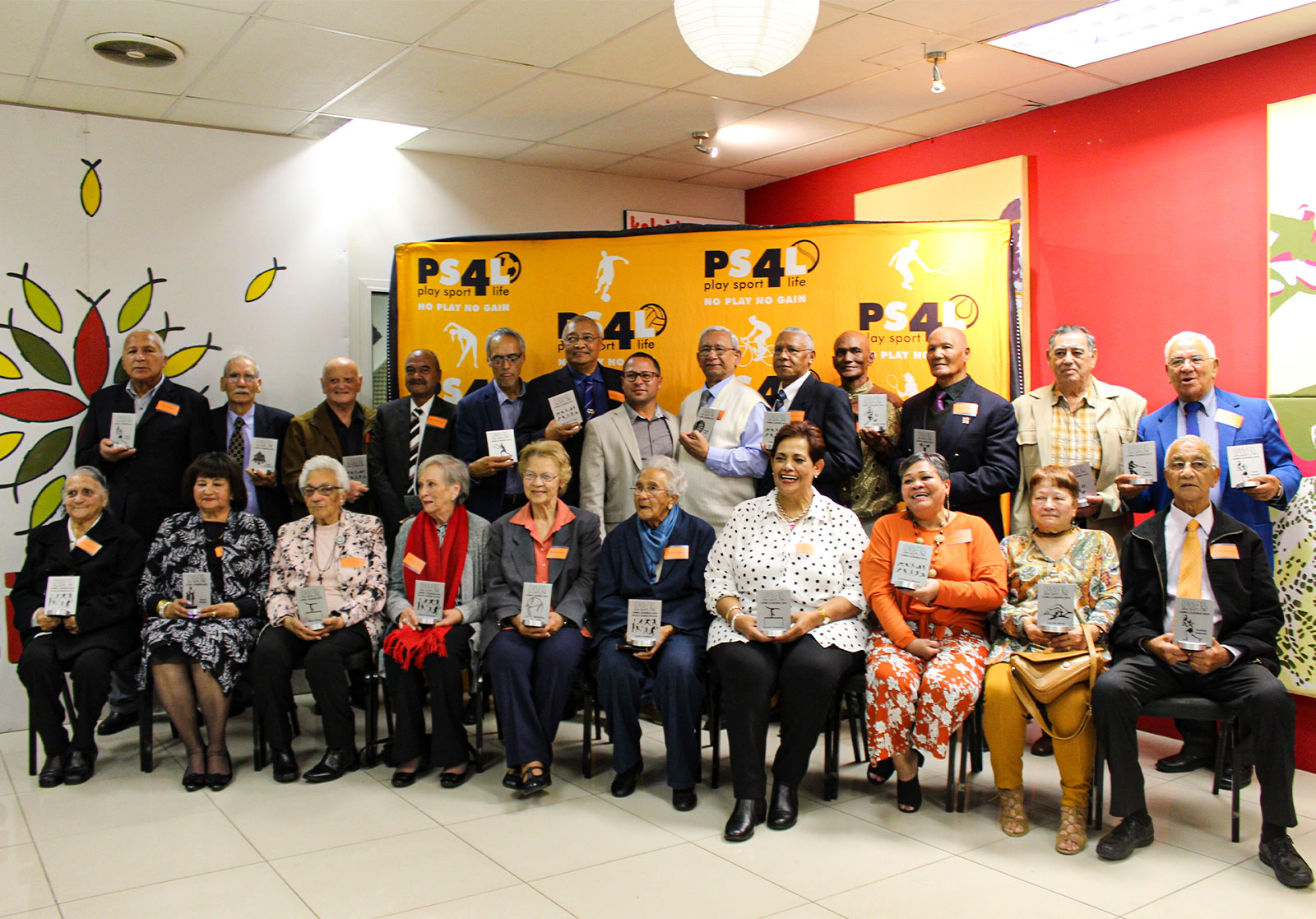 Play Sport4Life inducted 24 new members into its Sports Legends Hall of Fame in a gala ceremony to acknowledge and honour their contribution as part of the Heritage Month celebrations.

In front of a packed Kaleidoscope venue in Claremont, the 24 inductees – drawn from a range of sports codes including athletics, rugby, cricket, baseball and softball, hockey and football – received their awards from Play Sport4Life head, Miles October

Last year the community-based not-for-profit organisation held it first multi-code induction of Hall of Fame recipients. Previously the organisation had similar events for athletics and baseball and softball.

October said this year’s group of inductees were drawn once again from the ranks of people who were involved in non-racial sport played under the aegis of the South African Council on Sport (SACOS) that followed the dictum of “you can’t play normal sport in an abnormal society”.

“These people  stuck to their principles and turned their backs on opportunities for greater glory in the interests of the broader context of the struggle for liberation,” October said.

“They made sacrifices above and beyond the call of duty under extremely trying circumstances. When sport was being used to paint an acceptable  picture of the apartheid system by co-opting people of colour to play ‘on the other side’, these people stood firm.

“They were uncompromising in their commitment to non-racial sport and a non-racial society and for that they have to be admired, acknowledged and honoured.

“As was the case last year, we fittingly chose Heritage Month to honour them. Their actions  are part of  our legacy and we have to make sure the ‘born frees’ know who our sports heroes were.”

In deciding on recipients for this year, Play Sport4Life again opted to look beyond the major codes. Last year “legends” were identified in karate and table-tennis.

“This year who have acknowledged the likes of darts giant George Cottle, chess legend Andre van Reenen, body-builder David Isaacs, and Doreen Solomons for her work in the field of gymnastics,” October said.

“Another worthy inductee this year is Muriel Abrahams. She may not have reached the lofty heights of the others on the sport fields but without her contribution in the ‘back room’, sports events would not have run as smoothly.  In the pre-Internet and computer days, people like Muriel, working as clerks in the sports offices had to work long hours to keep records and fixtures and results up to date.

“A number of our recipients this year went from being active sports people to high-profile administrators guiding the fortunes of the next generation under the banner of SACOS. They too are our legends.”

Most of the recipients are of advanced years and some could not attend the function because they are infirm or bedridden. Their awards will be presented privately.

A selection of photographs of inductees receiving their awards are attached. Photographs of particular individuals can be requested.